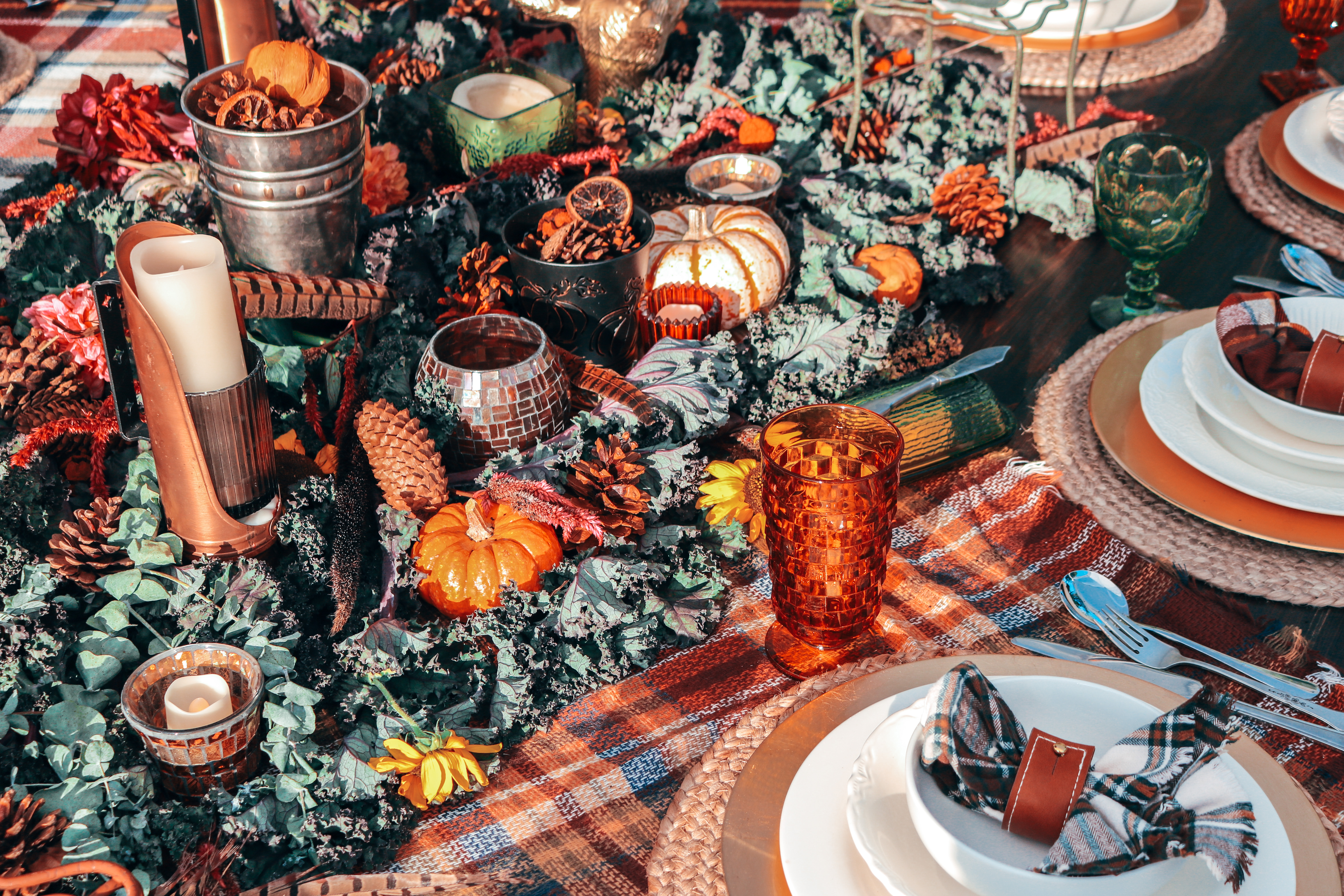 With COVID restrictions lifted we were finally able to bring back the Hunkiedorië Harvest Party. Last year I was faced with the difficult decision of keeping an event I love on the calendar or taking the year off for the safety of my friends and family. We did the right thing and decided to cancel the 2020 event. But this year we came back ready to party and the event turned out more beautiful than I could ever hoped. Just as in years past my friend Danielle of Minne Pristine & Co. helped stage the event with my parents hosting the location and running the kitchen behind the scenes. If it wasn’t for these three this party really couldn’t happen, and I so appreciate their help.

A big focus of this years party was sprucing up the serving table. In years past this space had always been a bit of an after thought. A few new items to my party stock quickly solved this issue. I spent the year sourcing out new antique silver serveware from antique stores and Facebook Marketplace along with some festive ceramic pieces, mostly from Target. I also purchased a few pine crates which I stained to match my tables, and a ton of remote controlled flameless candles in various sizes, all from Amazon.

Other changes this year was the table arrangement, since this years group was the smallest ever (12 people) we pushed two tables together to create a large square shape. This arrangement was a hit, it created such an intimate space which was much more conversational allowing guests to interact with one another as a whole versus more one on one directed conversation.

Since our table setup was much more compact we approached lighting in a whole new way. At our last event we tried curtain lights hung from the edges of the canopy. Because the tables were right to the edge of tent we were unable to hang curtain lights, people would have lights dangling in their dishes if we did. This year we draped twinkle lights from the canopy and used an old outdoor chandelier above the center of the table which became the crown jewel of the event.

The chandelier we used has been sitting at my parents house for at least 20 years and has never been used. I’ve always admired the fixture as I would pass it sitting outside forgotten in a rusted pile. As we were setting up the tents it dawned on me that this may be my opportunity to finally use this fixture. I pitched the idea and my mother and I jumped on to Pinterest to see if we could pull it off. With a little scrambling we had some flower foam and a plan.

We purchased about $90 of fresh flowers from the Saint Paul Farmers market the morning of the event and about $50 of purple kale believing that this would be more than enough to fill the fixture and all of the tables. Unfortunately, we were wrong. About half way through set up we went and bought three more bouquets from Costco down the street since the Farmers Market was closed by the time we ran out of flowers. I was a little disappointed with the selection of Costco, on any other day their flowers are beautiful but for my event they couldn’t quite compete with what I had gotten from the market. The Costco flowers served as a good filler. I also cut branches from the swamp willows in my parents back yard which really brought the fixture to the next level.

We learned a lot from the flower fixture experiment. By the time the event was beginning the flowers were dead and the branches were dried. It was still beautiful but I know next year we can do better, and I am already researching possible solutions.

Throwing the perfect fall dinner party is much easier than you might think. With friends-giving season upon us I hope that this post and my Harvest Party posts from years past help as you plan your own event. Every year we learn a lot and continue to improve. I love the smaller group, I have a lot more flexibility in my menu and decorations. It will be interesting to see what we are able to do for the 6th annual event.