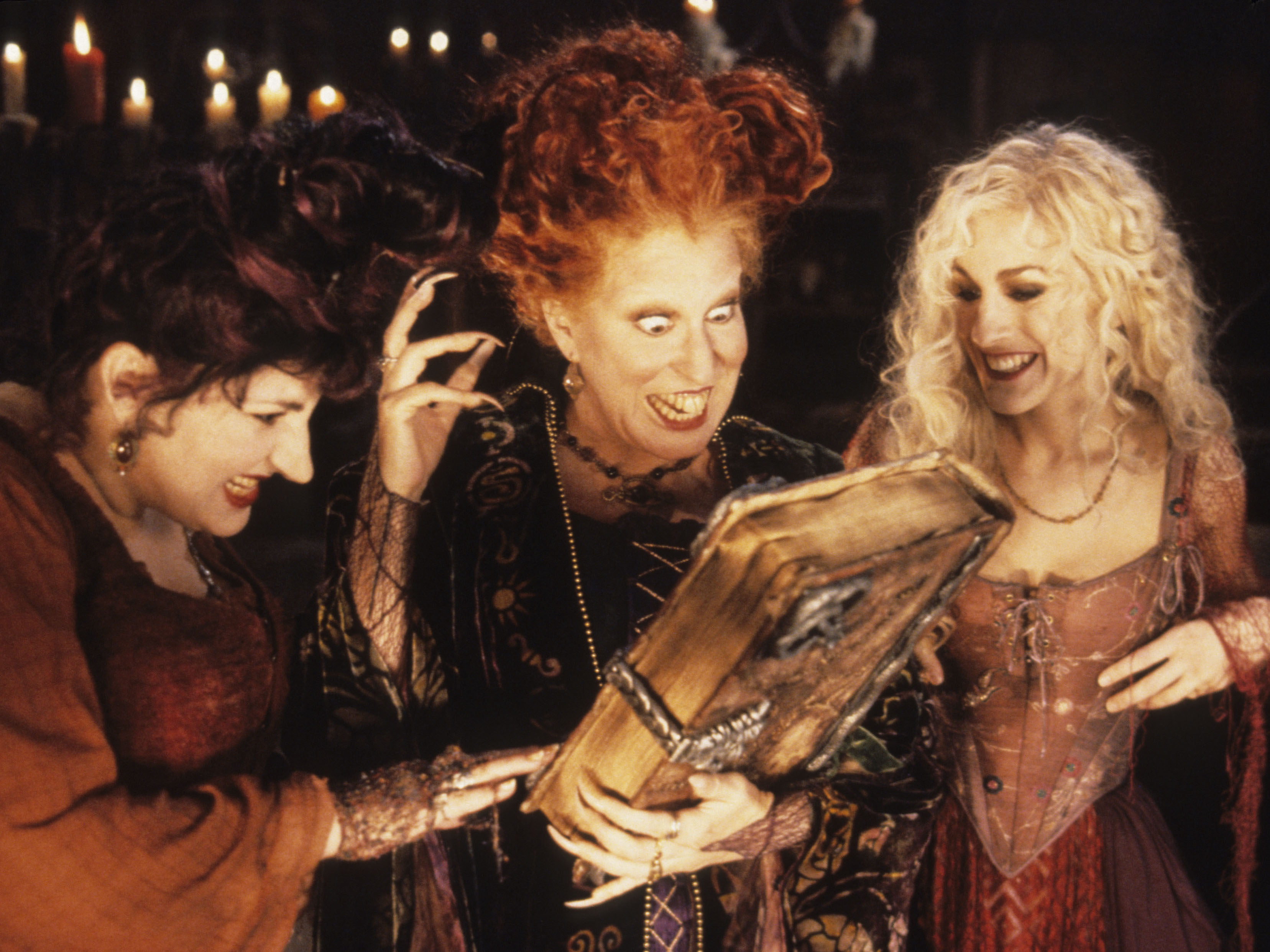 There is a distinct hint of Armageddon in the air. According to The Nice and Accurate Prophecies of Agnes Nutter, Witch (recorded, thankfully, in 1655, before she blew up her entire village and all its inhabitants, who had gathered to watch her burn), the world will end on a Saturday. Next Saturday, in fact. So the armies of Good and Evil are amassing, the Four Bikers of the Apocalypse are revving up their mighty hogs and hitting the road, and the world’s last two remaining witch-finders are getting ready to fight the good fight, armed with awkwardly antiquated instructions and stick pins. Atlantis is rising, frogs are falling, tempers are flaring. . . . Right. Everything appears to be going according to Divine Plan.

Except that a somewhat fussy angel and a fast-living demon — each of whom has lived among Earth’s mortals for many millennia and has grown rather fond of the lifestyle — are not particularly looking forward to the coming Rapture. If Crowley and Aziraphale are going to stop it from happening, they’ve got to find and kill the Antichrist (which is a shame, as he’s a really nice kid). There’s just one glitch: someone seems to have misplaced him. . . .

First published in 1990, Neil Gaiman and Terry Pratchett’s brilliantly dark and screamingly funny take on humankind’s final judgment is back — and just in time — in a new hardcover edition (which includes an introduction by the authors, comments by each about the other, and answers to some still-burning questions about their wildly popular collaborative effort) that the devout and the damned alike will surely cherish until the end of all things.

Stephen King returns to the characters and territory of one of his most popular novels ever, The Shining, in this instantly riveting novel about the now middle-aged Dan Torrance (the boy protagonist of The Shining) and the very special 12-year-old girl he must save from a tribe of murderous paranormals.

On highways across America, a tribe of people called The True Knot travel in search of sustenance. They look harmless – mostly old, lots of polyester, and married to their RVs. But as Dan Torrance knows, and spunky 12-year-old Abra Stone learns, The True Knot are quasi-immortal, living off the “steam” that children with the “shining” produce when they are slowly tortured to death.

Haunted by the inhabitants of the Overlook Hotel where he spent one horrific childhood year, Dan has been drifting for decades, desperate to shed his father’s legacy of despair, alcoholism, and violence. Finally, he settles in a New Hampshire town, an AA community that sustains him, and a job at a nursing home where his remnant “shining” power provides the crucial final comfort to the dying. Aided by a prescient cat, he becomes “Doctor Sleep.”

Then Dan meets the evanescent Abra Stone, and it is her spectacular gift, the brightest shining ever seen, that reignites Dan’s own demons and summons him to a battle for Abra’s soul and survival. This is an epic war between good and evil, a gory, glorious story that will thrill the millions of hyper-devoted fans of The Shining and wildly satisfy anyone new to the territory of this icon in the King canon.

Nobody Owens, known as Bod, is a normal boy. He would be completely normal if he didn’t live in a graveyard, being raised by ghosts, with a guardian who belongs to neither the world of the living nor the dead. There are adventures in the graveyard for a boy—an ancient Indigo Man, a gateway to the abandoned city of ghouls, the strange and terrible Sleer. But if Bod leaves the graveyard, he will be in danger from the man Jack—who has already killed Bod’s family.

buy The Graveyard Book on Amazon

Hocus Pocus is beloved by Halloween enthusiasts all over the world. Diving once more into the world of witches, this New York Times bestselling two-part young adult novel, released on the twenty-fifth anniversary of the 1993 film, marks a new era of Hocus Pocus. Fans will be spellbound by a fresh retelling of the original film, followed by the all-new sequel that continues the story with the next generation of Salem teens.

Shortly after moving from California to Salem, Massachusetts, Max Dennison finds himself in hot water when he accidentally releases a coven of witches, the Sanderson sisters, from the afterlife. Max, his sister, and his new friends (human and otherwise) must find a way to stop the witches from carrying out their evil plan and remaining on earth to torment Salem for all eternity.

Twenty-five years later, Max and Allison’s seventeen-year-old daughter, Poppy, finds herself face-to-face with the Sanderson sisters in all their sinister glory. When Halloween celebrations don’t quite go as planned, it’s a race against time as Poppy and her friends fight to save her family and all of Salem from the witches’ latest vile scheme.

Greta Helsing inherited her family’s highly specialized and highly peculiar medical practice. In her consulting rooms, Dr. Helsing treats the undead for a host of ills — vocal strain in banshees, arthritis in barrow-wights, and entropy in mummies. Although she barely makes ends meet, this is just the quiet, supernatural-adjacent life Greta’s been groomed for since childhood.

Until a sect of murderous monks emerges, killing human and undead Londoners alike. As terror takes hold of the city, Greta must use her unusual skills to stop the cult if she hopes to save her practice, and her life.

When Greta Helsing, doctor to the undead, is unexpectedly called to Paris to present at a medical conference, she expects nothing more exciting than professional discourse on zombie reconstructive surgery and skin disease in bogeymen — and hopefully at least one uneventful night at the Opera.

Unfortunately for Greta, Paris happens to be infested with a coven of vampires — and not the civilized kind. If she hopes to survive, Greta must navigate the darkest corners of the City of Lights, the maze of ancient catacombs and mine-tunnels underneath the streets, where there is more to find than simply dead men’s bones.

Oasis Natrun: a private, exclusive, highly secret luxury health spa for mummies, high in the hills above Marseille, equipped with the very latest in therapeutic innovations both magical and medical. To Dr. Greta Helsing, London’s de facto mummy specialist, it sounds like paradise. But when Greta is invited to spend four months there as the interim clinical director, it isn’t long before she finds herself faced with a medical mystery that will take all her diagnostic skill to solve.

A peculiar complaint is spreading among her mummy patients, one she’s never seen before. With help from her friends and colleagues — including Dr. Faust (yes, that Dr. Faust), a sleepy scribe-god, witches, demons, a British Museum curator, and the inimitable vampyre Sir Francis Varney — Greta must put a stop to this mysterious illness before anybody else crumbles to irreparable dust…
…and before the fabric of reality itself can undergo any more structural damage.

From the bestselling author of Fight Club comes a dark and brilliant satire about adolescence, Hell, and the Devil.

Madison is the thirteen-year-old daughter of a narcissistic film star and a billionaire. Abandoned at her Swiss boarding school over Christmas, she dies over the holiday, presumably of a marijuana overdose. The last thing she remembers is getting into a town car and falling asleep. Then she’s waking up in Hell. Literally. Madison soon finds that she shares a cell with a motley crew of young sinners: a cheerleader, a jock, a nerd, and a punk rocker, united by their doomed fate, like an after school detention for the damned. Together they form an odd coalition and march across the unspeakable landscape of Hell–full of used diapers, dandruff, WiFi blackout spots, evil historical figures, and one horrific call center–to confront the Devil himself.

For more than two hundred years, the Owens women have been blamed for everything that has gone wrong in their Massachusetts town. Gillian and Sally have endured that fate as well: as children, the sisters were forever outsiders, taunted, talked about, pointed at. Their elderly aunts almost seemed to encourage the whispers of witchery, with their musty house and their exotic concoctions and their crowd of black cats. But all Gillian and Sally wanted was to escape. One will do so by marrying, the other by running away. But the bonds they share will bring them back—almost as if by magic…

A Peace of Cake