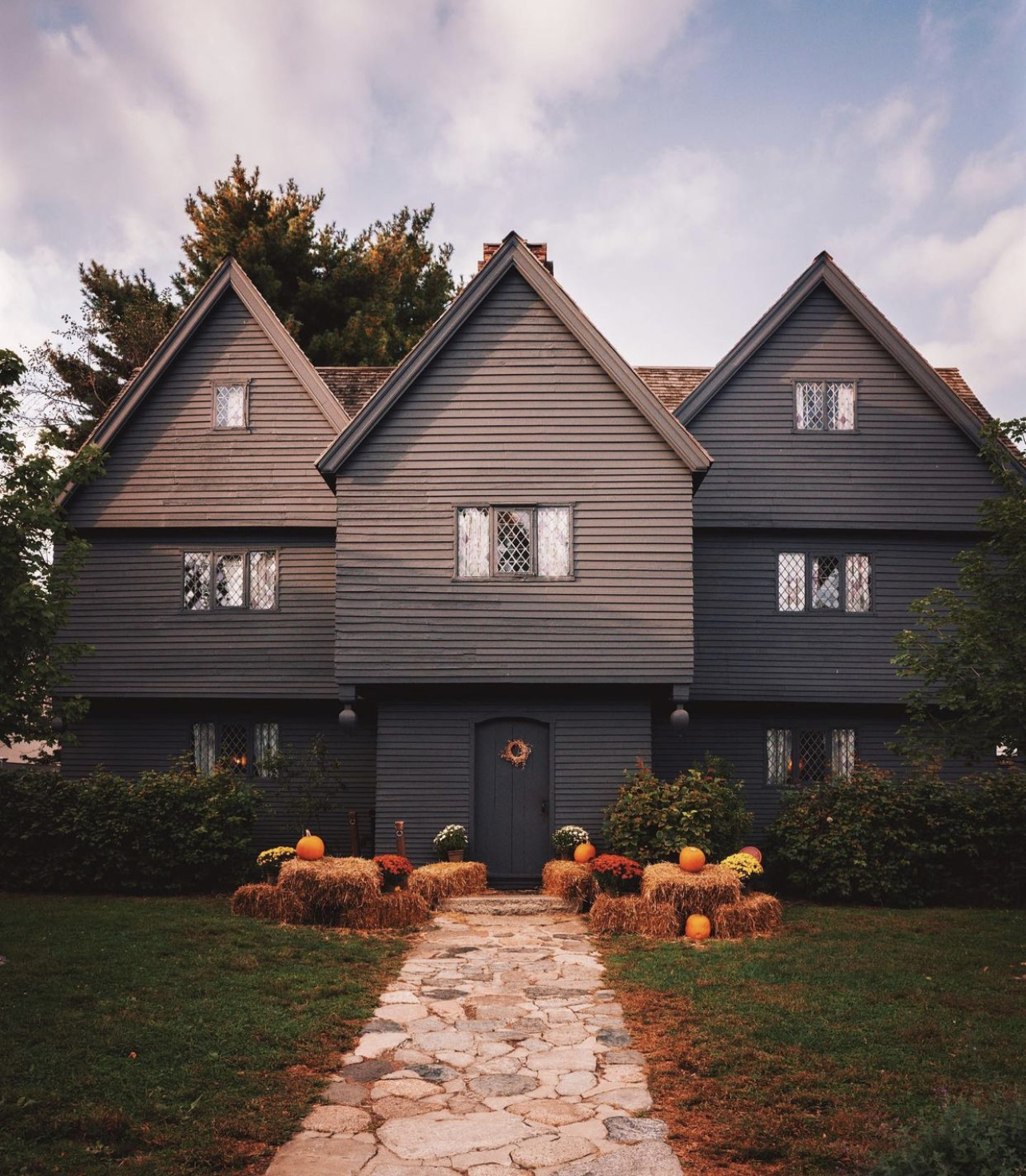 A few years ago my friend Alicia decided to leave the security of the familiar and strike out on a new adventure by moving to Boston. I am so proud of her for following her dreams; I know this must have been scary. This fall, once she had settled in, I decided to visit her. She was kind enough to let me crash in and stay at her place for five days-seriously this girl deserves sainthood for hosting me for so long. The only thing I really wanted to do while I was in town was visiting Salem. It was spooky month (October), and it was too close to pass up. Salem wasn’t really Alicia’s thing, but being the kind soul she is, she put on a smile and planned the day for us. Salem is an experience unlike any other. Salem is known the world over for the witch trials that took place there in the early 1600s. Visitors can stroll the same colonial-era cobblestone lanes where Nathaniel Hawthorne once strolled, taking in the history, embracing your inner witch, and snapping the perfect picture for the ‘gram. I am so glad we went, but I had a lot of takeaways which is why I am sitting down today to write them all down so you can have the best experience possible when/if you decide to take the trip.

What to Know Before You Go

Located just 45 minutes north of Boston, Salem was founded in 1626 by Roger Conant and a group of immigrants from Cape Ann. At first, the settlement was named Naumkeag, but the settlers preferred to call it Salem, derived from the Hebrew word for peace.

Belief in the supernatural and witchcraft was widespread in colonial New England. In the late 1600s, a wave of hysteria swept through Massachusetts. This led to the infamous Salem Witch Trials. From 1692-1693, around 200 people were accused of practicing witchcraft, or “Devil’s magic,” and 20 people were executed.

Eventually, the colony admitted the trials were a mistake and offered restitution, but the stories lived on to become synonymous with paranoia and injustice. Now, over 300 years later, Salem’s legacy still captivates the imagination!

Go During Off Season

Avoid the crowds! I’m not big on crowds anyways and was mentally prepared for them going into my October visit. BUT, I did not think about COVID. The entire town did a wonderful job trying to keep everyone safe but this meant longer lines as capacity was kept lower in shops museums and tour groups. I would love to go back but maybe in June. Most of the tours run year-round and the occult shops are always up and running.

All that being said, I know that there really is nothing like going to Salem in October. This is when the town really pulls out all the stops. Every day there are festivities, performances, and events. So if you must go during October, plan accordingly. Salem features two month-long festivals during the month of October.

Festival of the Dead

Halloween is the special time of year when the shades of the dead whisper from forgotten places and spirits walk among us. The witches of Salem honor this time with the Festival of the Dead, an annual event series that explores death’s macabre customs, heretical histories, and strange rituals.

Planes, trains, and automobiles move over! You can, and should, get to Salem by ferry through Boston Harbor Cruises. Not only are the views spectacular, but the trip out is so relaxing. You don’t need to battle traffic or worry about losing your way. You can just kick back, grab a treat and a drink at the bar and enjoy the ride. The ferry operates from mid-Spring to mid-Fall on a set schedule.

The ferry runs between 1 Long Wharf in Boston’s seaport district, right by the New England Aquarium, and the Salem Ferry port, located off Derby Street in Salem.

Some things to know before you go:

Figure out what it is you want to do. I had a little list on my phone of everything I wanted to see. On the ferry, we were given a brochure with a fold-out map, and Alicia and I were able to mark out our entire route. If something didn’t work because of the crowds, we were easily able just to move on and hit our next location. Remember, you can’t do it all in one day, so don’t put too much pressure on things. Enjoy the experience do what you can, and leave yourself an excuse to come back.

Some things to see and do while you’re in town

There is so much to do in Salem, sometimes it’s better just to wander and take in the sights; some of the outside shots for Hocus Pocus can be found in town. Or take a tour of the House of Seven Gables, Salem’s very own haunted house.

Support Small Businesses & Do Some Shopping

Everywhere you turn there are occult shops and boutiques of all sorts; wander in and take your time. There is something for everyone; I almost wish I would’ve brought an extra bag to carry everything I wanted to buy. Pro-tip, you can always ask the shop if they can ship it to you when you are wanting to buy larger items. Save yourself the hassle of carrying it around or trying to fit it into your suitcase. Pro-Tip: My favorite shopping spot was Haus Witch. But be prepared, due to covid, capacity is limited, and you may need to wait, but it is totally worth the wait.

I know with this past visit, I barely scratched the surface. Next time I will take my own advice and visit in the off-season so I can really take my time to enjoy the tours, take in the sights and try some wicked good bites. Good luck to you as you travel to the Witch City for the first time or the tenth. I hope my experience helps you inform your own, and blessed be!