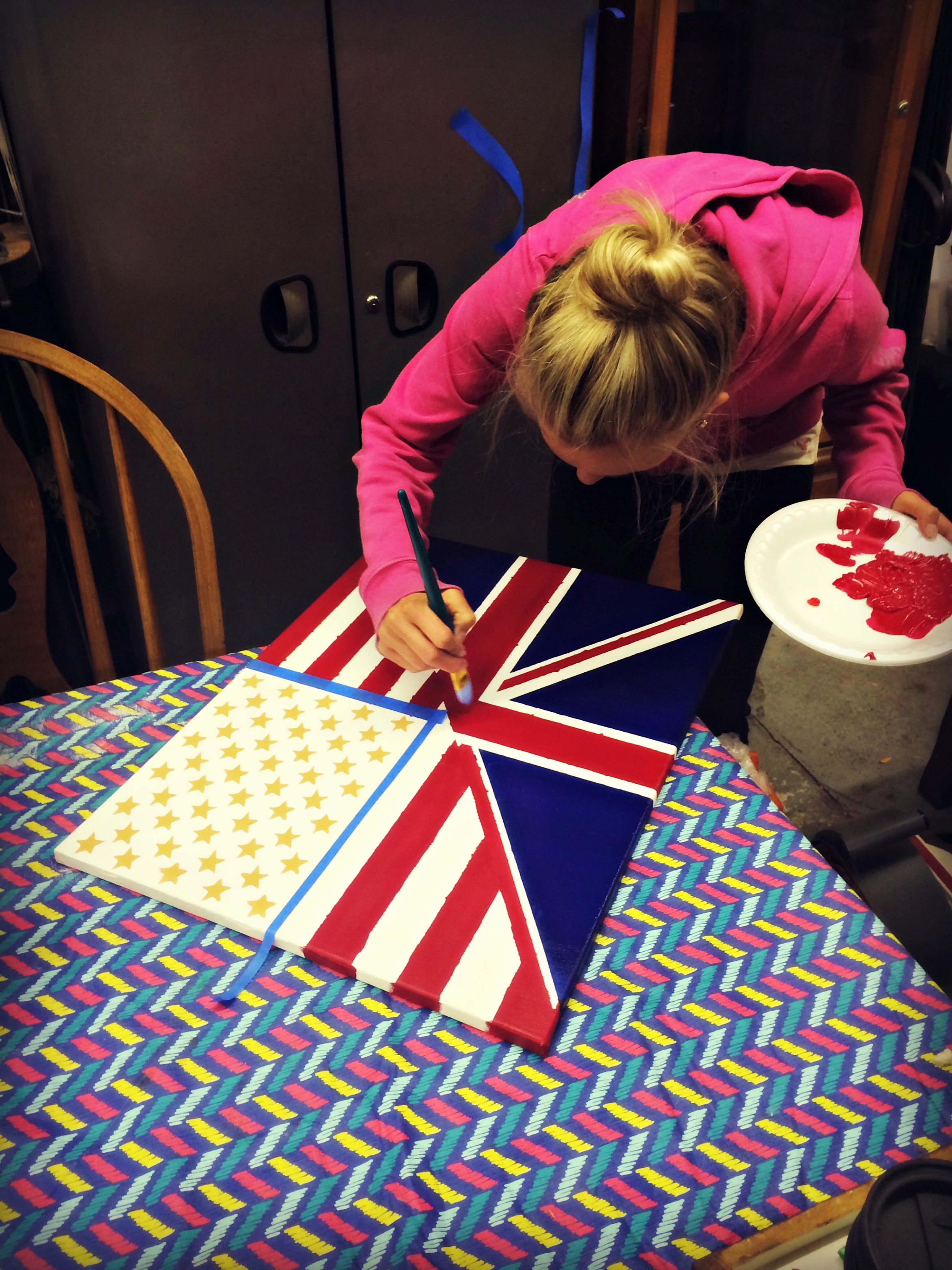 his past summer one of my best friends Alex was the maid of honor for her college roomie’s wedding. She was slightly stressed as to what to get her for a wedding gift. She had already given so much and done the standard registry gift but she wanted to give one more gift. She was hoping to do something a little more personal than would be special and something one of a kind. After brainstorming over a bottle of wine one evening we took to Pinterest. Alex’s friend Sophie was marrying a Brit and we knew we wanted to incorporate that somehow.
We finally

decided to do a painting. I had most of the supplies on hand but Alex picked up the rest of what she needed and came back over the next day to get
started. We sketched out several different versions finally settling for an American flag and British Flag side by side divided diagonally. Alex was very meticulous when sketching, we had about four different rulers and images of both flags pulled up on computer screens, phones, and iPads just to make sure she didn’t forget a detail.

She used acrylic paint on canvas and used painters tape to make sure she got nice clean edges. I then used my Cricut Explore to cut out a stencil of the star portion of the American flag on vinyl and spray painted the stars in several very thin layers allowing about 30 minutes between layers to dry. Once the painting was finished I printed out their name and anniversary date on a piece of cardstock then used my Cricut to cut it out into a pretty pattern. I used a spray adhesive to on the back of the cutout and centered it on the painting then flipped it and put something heavy on the backside of the canvas to really get the cut out to stick. I let them sit for about 30 min and voila we had a beautiful custom painting for Sophie! I love how it turned out, I will have to brainstorm with Alex on my paintings more often she always comes up with such new and wonderful ideas that are completely out of the norm for me.